According to a recent report from the British "Science News" website, Canadian scientists wrote in the "Science" magazine recently published that they redesigned the lithium-oxygen battery, and the new battery obtained can release almost all the energy storage and charge With 150 discharges, it is expected to provide more reliable and energy-intensive power sources for electric vehicles and submarines in the future. 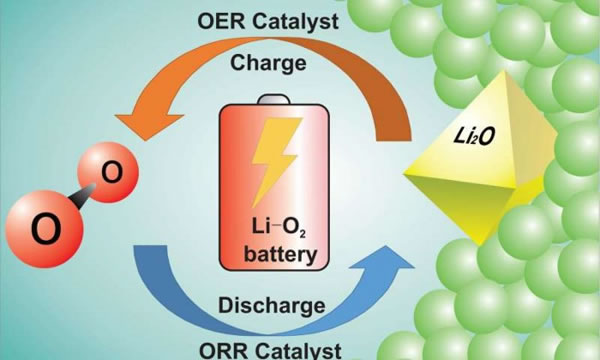 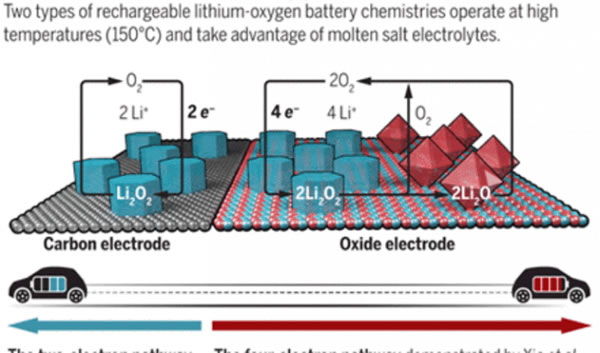 Compared with typical lithium-ion batteries, lithium-oxygen batteries have a greater energy density and are made of more sustainable materials, but the main reason why it has not yet "flew into the homes of ordinary people" is that its lifespan is not long.

The researchers explained that general lithium-oxygen batteries will form lithium peroxide and produce unwanted chemical by-products, which will waste energy. Therefore, lithium-oxygen batteries can only deliver about 80% of the stored energy to the equipment it powers. Larry Curtis, a materials chemist at the Argonne National Laboratory in the United States, pointed out that these chemicals can also damage the battery's electrolyte and cathode, causing it to "succumb" after being charged dozens of times.

In order to create a better lithium-oxygen battery, chemist Linda Nazar and colleagues at the University of Waterloo replaced the commonly used organic electrolytes with inorganic molten salts, and replaced the standard carbon-based cathodes with metal bases. In the new battery obtained, oxygen and lithium form lithium oxide, which can store 50% more energy than lithium peroxide. More importantly, lithium oxide does not produce chemical by-products, which allows the new lithium-oxygen battery to release almost all its energy storage to other devices, and it is charged more than other lithium-oxygen batteries.

Curtis said that the new battery is expected to be used to power electric vehicles in the future, but there is still a long way to go before practical application, "because the new battery must be heated to at least 150 â„ƒ to work."

Yang Shaoen, an energy and materials researcher at the Massachusetts Institute of Technology, commented that changing the substance in the electrolyte may allow lowering the operating temperature of the battery. The new lithium-oxygen battery can also be used as a compact power supply for aircraft, spacecraft and submarines. (Reporter Liu Xia)