In the human body, especially in shallow tissue areas close to the surface of the skin, when the lesions, inflammation, etc. occur, the temperature distribution of the body surface usually changes. For example, breast cancer can cause the local body surface temperature to rise by 2 degrees, through the thermal imager. Can be found in advance. In the human thermal image of Figure 1, different gradations or colors are used to represent different temperatures, thereby visually displaying body surface temperature and blood vessel distribution. Dedicated software can also provide in-depth analysis for diagnosis and treatment. . 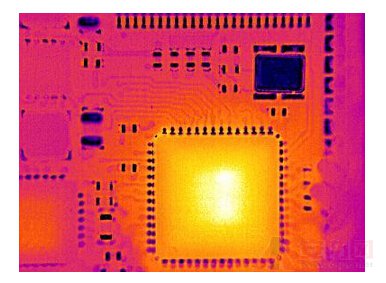 In China, as people pay more and more attention to physical health, thermal imaging cameras are also used in physical examination, acupuncture treatment and other fields. Through the analysis of body surface temperature, an intuitive evaluation of human health or therapeutic effects is obtained to help formulate and improve treatment measures.

Thermal imaging instrument for physical examination and evaluation of therapeutic effects such as acupuncture, moxibustion and massage

Sodium Diacetate is a popular food additive, it can be used as preservative in food, by inhibiting bacteria's growth.